The purpose of the Markham International Trade Centre is to assist incoming delegations who are looking to:

Gordon Landon is the President of the Markham International Trade Centre and the Markham Trade Ambassador.

Gordon is the longest serving Councillor in the history of Markham. He was first elected as Ward 5 Councillor in 1980 and then moved on to being a Regional Councillor in 1988. He took a medical leave of absence from 2002 to 2005, but returned so he can continue serving Markham. He has served Markham for a total of 31 years and will retire in November 2014.

Gord is recognized for his community involvement and charity work. He has actively supported the fundraising efforts of United Way, Children’s Aid Foundation of York Region, and Markham Mobility Foundation, to name a few. He has also played an important role in facilitating the annual Tony Roman Memorial Hockey Tournament, which celebrated their 41st anniversary this year. Most recently, he initiated the Markham Gala for Giving, a joint fundraising event that benefitted twelve different local non-profit organizations. Seeing the results of his fundraising efforts enjoyed and appreciated by Markham residents is what he considers the most rewarding part of his career.

Having lived in Markham for over 30 years, Gord has watched Markham grow from a small town of 32,000 residents to the thriving community that boasts of its diversity, technology, and environmental leadership it is today. As the Chair of the Budget Committee and the Chair of Transportation in Markham’s Development Services Committee, he has been influential in maintaining low tax rate increases and shifting the road budget to improving the public transit system. 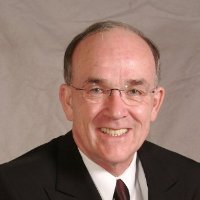 Markham, Ontario, Canada is a municipality with more than 320,000 residents. It is centrally located in the Greater Toronto area, is Canada’s most diverse community and has many of Canada’s leading life science and technology businesses. In 2010, Markham received the Canada Award for Excellence, Silver for outstanding achievements in quality, customer service, and a healthy workplace. It is Canada’s newest urban city as of July 1, 2012. Markham is rich in history, contains vibrant neighbourhoods and a leader on the environment and urban design.